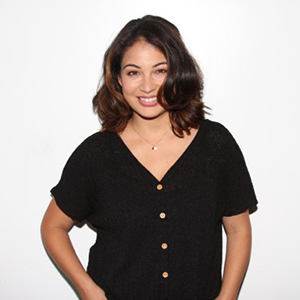 Born and raised in Los Angeles, Jeanine began working with youth after graduating with her Bachelors in Psychology from California State University, Los Angeles in 2009. She worked with youth and young adults with eating disorders and youth with substance abuse issues in residential treatment programs. In 2010, she moved up north to Santa Cruz County and began working with a local non profit. There she spent a total of 6 years with them.The first 3 years she worked with adults who had severe mental health issues by supporting them out in the community and assisting them in managing their social security benefits. Missing working with youth, she changed departments to work with current and former system involved youth at a drop in center and in a transitional housing program. In 2013 she decided to pursue her Masters in Social Work at California State University, Monterey Bay. While in school, she continued working in the transitional housing program while also interning as a medical social work intern at Hospice of Santa Cruz County and at Dominican Hospital. After graduating with her Masters in Social Work in May 2016, Jeanine decided to move back to her native Los Angeles to use the skills she acquired in Santa Cruz and give back to her community.
Contact: [email protected]
Sign in with Facebook, Twitter or email.
Created with NationBuilder