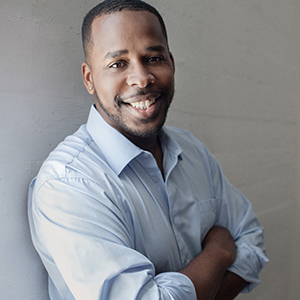 Martel Okonji has been a community organizer and activist for over 15 years. Throughout his undergraduate career he spearheaded the opening of the first permanent LGBTQ Resource Center at Cal State Northridge, a campaign organizer with elected official Senator Ami Bera, and was recognized by state and city representatives as an LGBTQ Leader in 2017. Martel specializes in leadership, diversity and equity initiatives and youth development; utilizing his talent in the development of the Youth Development Program at the LA LGBT Center for five years before coming to SPY. Martel completed his Bachelors in Sociology and Queer Studies, his Masters in Education, emphasizing Leadership and Change and is currently completing his Doctorate in Leadership and Change to take an interdisciplinary approach to the practice and scholar of eradicating homelessness. When Martel does not focus on the inequities and injustices of the world, he focuses on empowering and raising his baby girl.