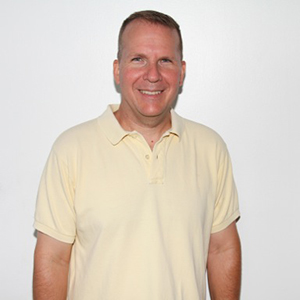 Steven Ambrico is a licensed clinical social worker and retired U.S. Air Force officer, with a long history of volunteerism. He volunteered with Habitat for Humanity in New Mexico, he was an advocate for children in foster care or at risk of being placed in foster care in Florida, he was a crisis counselor at the Los Angeles Suicide Prevention Center, and he was a Sexual Assault Victim Advocate for the Air Force. Steven first met the homeless young adults who live on the Venice Boardwalk in 2009, when he was volunteering as an Outreach Counselor. After handing out food packs and socks three days a week, Steven helped Alison open the first drop-in center in 2010 and, later, he became the SPY Drop-In Center Director in 2012. In 2013, he left SPY and moved to New York to pursue his MSW at Fordham University. After graduating in 2015, Steven worked in eastern Connecticut as a clinician for a Young Adult Services program, serving young adults with severe and persistent mental illnesses. He worked with clients living in one of the two program-operated transitional living houses, as well as supporting clients living with family or in the community. Steven returned to Los Angeles and SPY in 2018, where he worked as a Drop-In case manager until he was named the Housing Programs Manager.